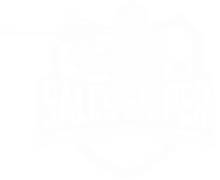 Coffee Is For Closers Ep102

Australia’s Ex-Prime Minister, Tony Abbott, joins me today to share his insights on the parallels between politics, psychology, and sales.

The Parallels Between Politics, Psychology, and Sales with Ex-Prime Minister Tony Abbott

Australia's Ex-Prime Minister, Tony Abbott, joins me today to share his insights on the parallels between politics, psychology, and sales.

It’s without a doubt that speech is one of the most lethal tools any person can possess.

People like Tony Robbins and Oprah Winfrey weren’t hailed as two of the best communicators just because they had the gift of gab! They knew the power of words and mixed it with pure intention and authenticity, combined with a deep understanding of human psychology.

And so, for today’s guest, we have one of the most high profile people we’ve ever had on the show since episode 1. The Former Prime Minister of Australia, Tony Abbott, joins me today to share his insights on the parallels between politics, psychology, and—ultimately—sales.

We talked about how he dealt with an international crisis as the Ex-Prime Minister of Australia, how to engage in diplomatic talks with world leaders, what persuasion tactics he had employed back in the day, and so much more.

Transform yourselves into the best communicator you can be.

Watch the full episode of Coffee is for Closers now!

Australia’s 28th Prime Minister (2013-2015), Tony Abbott had been involved in politics since 1994 where he initially served as a member of the Australian Parliament for Warringah. During his administration, Abbott made a number of decisive actions. He instituted policies to turn away boats carrying asylum seekers to Australia and repealed taxes on greenhouse-gas emitters and on profits from iron-ore and coal mining. In September 2015, he stepped down as Prime Minister and in September 2020, Abbott was appointed Adviser to the UK Board of Trade.

Connect with Matt and James:

If you liked this episode, don’t forget to subscribe, tune in, and share this podcast! Thanks for tuning in!